It must have been all that big-game hunting that made Eric Trump really thirsty to where he couldn’t waste time paying for his lemonade. A photo of him has gone viral: he’s seen holding a “free water cup” at a Las Vegas In-N-Out with lemonade in it.

I’d love to give Eric the benefit of the doubt, but at this point with this family it’s becoming difficult. 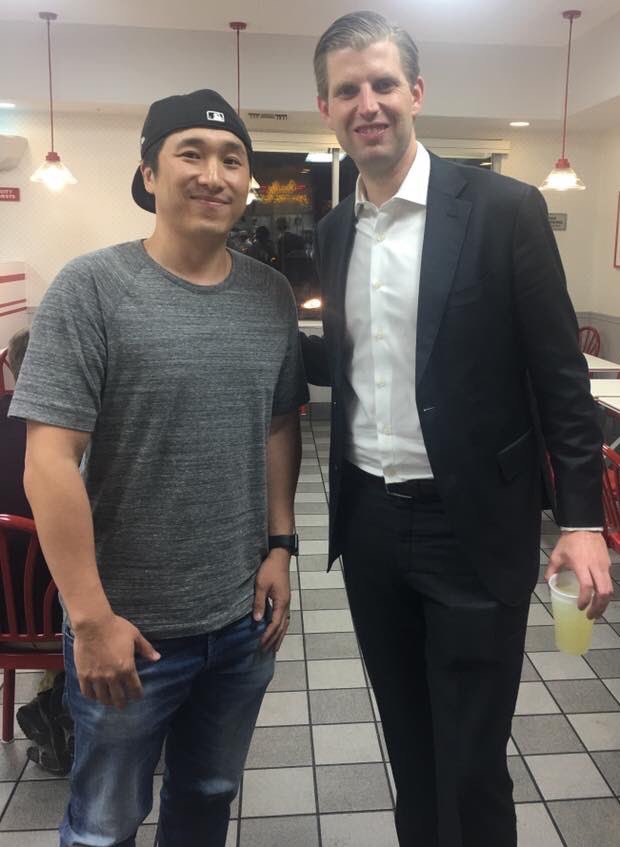 In this picture he’s posing at the fast food restaurant holding the cup with what is a yellow liquid, and I’m thinking it’s not pee, so it’s probably lemonade or Mountain Dew, but it’s being reported that it’s lemonade.

Let’s go over the possible reasons this happened.

All of those situations are plausible and possible. So I’m not going to assume that he did it purposefully, but if he did, with all those billions his dad has, he couldn’t pop for a drink that costs less than $2?