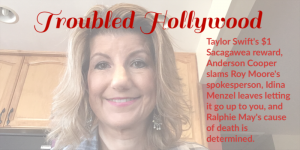 The trouble in Hollywood today: Taylor Swift receives a symbolic $1 reward in groping case in form of a Sacagawea coin, Anderson Cooper slams Roy Moore’s spokesperson, Idina Menzel rejects idea that we should all “let it go” after claiming #MeToo, and Ralphie May’s cause of death is determined. Find out more below. 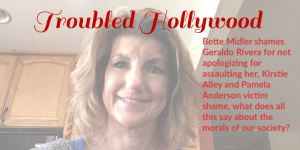 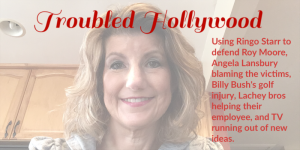 The trouble in Hollywood today: A Breitbart editor defends Roy Moore with a Ringo Starr song, Angela Lansbury is blaming female victims, Billy Bush’s golf injury, the Lachey brothers are looking for justice for their employee, and TV has apparently run out of ideas. Find out more below. 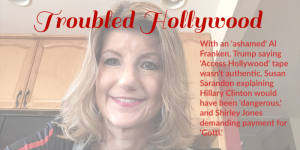 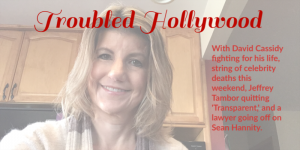 This was the trouble going down in Hollywood this weekend: David Cassidy is fighting for his life, in organ failure, waiting for a transplant, plenty of other celebrities died this weekend, Jeffrey Tambor has quit “Transparent,” and a Roy Moore accuser’s attorney shuts down Sean Hannity. Find out more in the viedeo below.

People are realizing they’re going to be held accountable for their past actions. No one knows when someone is going to speak up and say #MeToo. We’re all left with the same choices we had six months ago, but now it’s with a fuller realization of the consequences to ourselves and the people we interact … 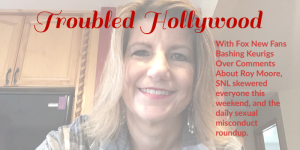 Here’s what was going on in Hollywood this weekend. Fox News fans are smashing Keurig coffee makers after advertisers pulled out of Sean Hannity’s show over Roy Moore comments, “SNL” skewered everyone this week from Mike Pence to Louis C.K., and the daily roundup of sexual misconduct accusations are updates. See more details in the …